Practising for our imminent appearance at Planet Dungog.

Our performance at the AJ Leonard concert stole the show. Thanks to Chris Robinson for the video footage. This is a really fabulous and sensitive group of musicians.

Trevor did a beautiful version of Message to My Girl

Finally, Errol and Bob make a real hash of Scone. Sorry. Not really. It was excellent. Touching. Cheese.

Fire roaring. Roll-up of 7. And a report from a weird Indian.

“Last night had it all – a visit from an Irish priest, a police chase and a $4000000 Beale uke. We played Iko Iko, Sunshine of your love (with an avant garde aural assault of a lead…you try to solo over it!), It’s a sin to tell a lie, Busy line, As time goes by (duet with Bob and Judy), 5 foot 2 and rehearsal for our performance on Friday night. Remember that we have a gathering on Thursday to nail our performance, dress code pending.
Namaste.”

Ed. thinks he needs to clarify / attempt this.

1. There were numerous jokes (unfortunately of the religious variety)

2. Someone was done for speeding on the way to Paterson.

3. Bob bought a new South Coast Uke – value undisclosed (must be worth heaps!)

4. Lots of soloing attempts – some failed.

Over and Ed. (thanks Cameron for posing as an Indian reporter.

What a great night.
Starting  off with my favourite song – Wagon Wheel, leading in with a solo from Trev’ and nice harmonies to boot.
Good to have Cameron along again and singing (I can see clearly now)
Nice new song from A J Leonard. (Under the Maui Moon – have a look at Mark & Jane’s version for something to play along to – Ed.).
Monday nights at Paterson are something special!

And then the fog descended as we left our cosy open-fire warmed room, and the pub turned out the lights on the post-ukulele gentlemen malingerers. 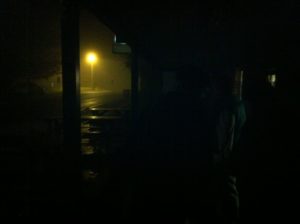 Had a dozen people last night (9 blokes, 3 women). They are such a finely honed ukestra, though rather rambunctious and a bit rude at times. Two people coming from Cessnock way, including Trish (newbie, but very competent). No new songs, but we did focus on rehearsing for the upcoming AJ Leonard gig. Well may you ask what does it sound like? Here is the Scone rehearsal from last night.

And here be the Message to My Girl rehearsal from a few months ago.

And we are also practising I Can Hear Music (from ten months ago at the Grand Junction Hotel).

Mark,
Monday’s get together was a real blast.
Lots of fun and sounding really good.
There’s something happening  at Paterson.
Trevor

Our choir is also starting on Sundays outdoors