As most of you would know, we have just returned from a very successful tour in parts of North America. Canada in particular was gorgeous, and we are flattered and chuffed to have been invited back to the Kamloops Ukulele Festival 14-17 June 2018. Does that sound nice?

Colleen Nielsen, Director of the Kamloops Ukulele Festival has taken the names of quite a few potential Ukestralians and is very keen to have a bunch of Aussies coming to the festival and performing as Ukestralia.

We are also working on the inaugural Calgary Ukulele Festival for the following weekend (23-24 June).

You would definitely not be restricted to being taught by Mark and Jane, although this of course might be an attractive option for those of you who are not from the Newcastle area.

Whoever you get, you would learn heaps and meet some damn nice Canucks (and quite a few Yanks too).

We also have the potential of a ukulele festival in Calgary, with billeting and local mountain knowledge.

Our plan at the moment would be to end that tour as we did in 2017 – Ukestralia at the Hawai’i Ukulele Festival on 15 July. Get some idea of what we experience there from this photo page, and this video.

Committing to both festivals would make for a 4-5 week travel period. Your potential performance obligations are completely determined by your own travel plans – whatever you decide them to be. 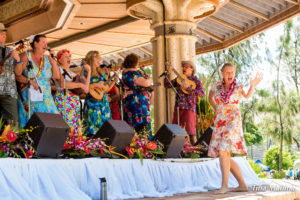 Let us know if this interests you by filling in the form down below (unless you know you are already on our radar). If you are dead keen on Kamloops you will need to act now to get your name on their email list. When tickets went on sale 5 months before the 2017 festival, it sold out in a fortnight. Email Colleen at leadingedgewellness@yahoo.com to get on her notification list for when 2018 tickets go on sale.
If we have sufficient interest, I will pursue the idea of Ukestralia in Canada in June/July next year more vigorously.